Loandi Richter describes, almost dismissively, her love of music as no more than a hobby, but that nonchalance belies her not-insignificant musical achievements. 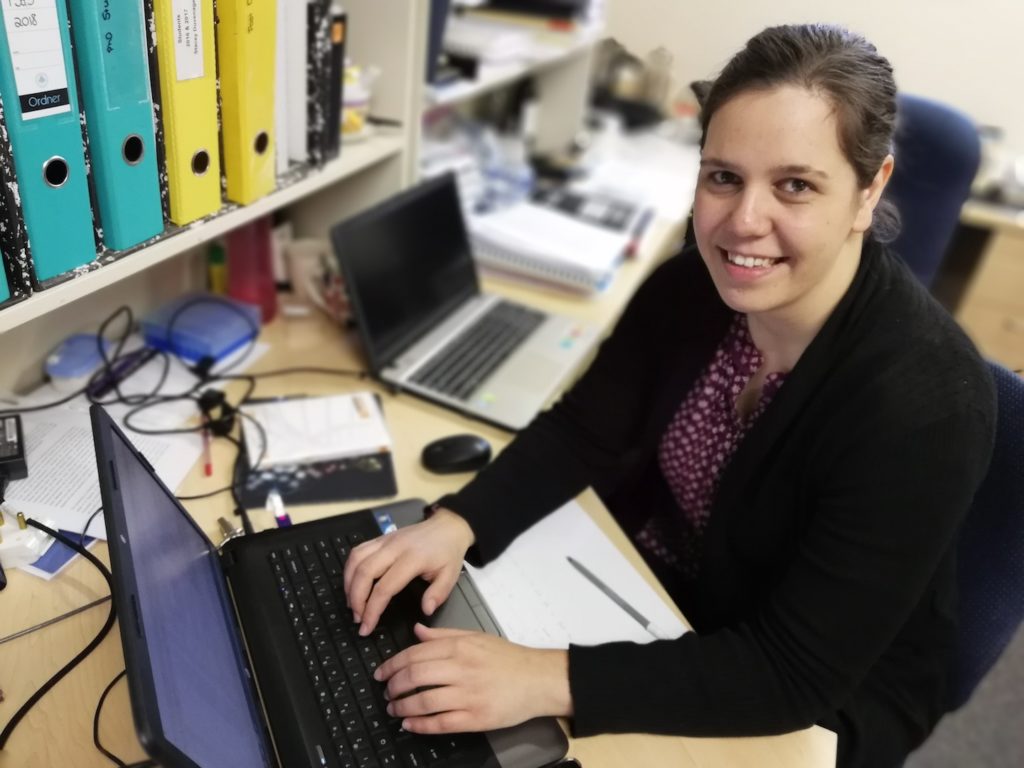 The publication of her first journal article earlier this year reminded Loandi Richter why she chose the life of a scientist ahead of a career in music.

Richter’s performed as a percussionist with the University of Pretoria (UP) symphony orchestra, the Gauteng Philharmonic Orchestra, even the South African National Youth Orchestra. But if given the hypothetical choice – we know; we asked her – between music and science, she’d have no hesitation in throwing in her cymbals, snare drum, triangle and timpani (kettledrums) for the life of researcher and academic, she says with a hearty laugh.

One could understand why; as a young food-safety researcher, Richter is quickly making her mark. Earlier this year, just before she heard that her master’s had been upgraded to doctoral studies, she celebrated the publication of her first article.

Richter was the lead author on the paper, published in Foodborne Pathogens and Disease in June, with supervisors and lab seniors Dr Erika du Plessis, Dr Stacey Duvenage and Prof Lise Korsten contributing as co-authors. If it’s daunting just writing and submitting an article, it’s even weirder seeing it in print, she says. “It also felt a bit strange (unreal?), to see the article appear while searching for relevant references to use in the thesis writing process,” Richter recalls.

That paper included some worrying findings on the presence of foodborne pathogens on South African fresh produce. In the study, she detected, identified and characterised the antimicrobial resistance of a family of bacteria known as Enterobacteriaceae, isolated from fresh vegetables sourced from a range of Gauteng retailers – supermarkets, and street and trolley vendors included.

Enterobacteriaceae include typically harmless gut flora, but also not-so-harmless pathogens such as Salmonella and E. coli. What’s worrying is that these bacteria can produce enzymes known as Extended Spectrum Beta-Lactamase (ESBL) and AmpC beta-lactamases (AmpC), which imbues it with resistance to high-end second and third generation antibiotics.

Increasingly, fresh produce has been reported as a possible reservoir of multidrug-resistant Enterobacteriaceae. The concern is that when people consume fresh produce with these bacteria, that antibiotic resistance can be passed onto them.

There’s still some more ground to cover before she gets to complete her thesis, says Richter, but as the paper reminded her, her own contribution within a bigger project is already making an impact. “It was a great moment when the realisation that our work is contributing to the advancement of knowledge started to sink in,” she says.

Richter may not be entirely lost to the world of orchestras, but it is science that for now is music to her ears.

Harnessing science, technology and innovation for peace and development