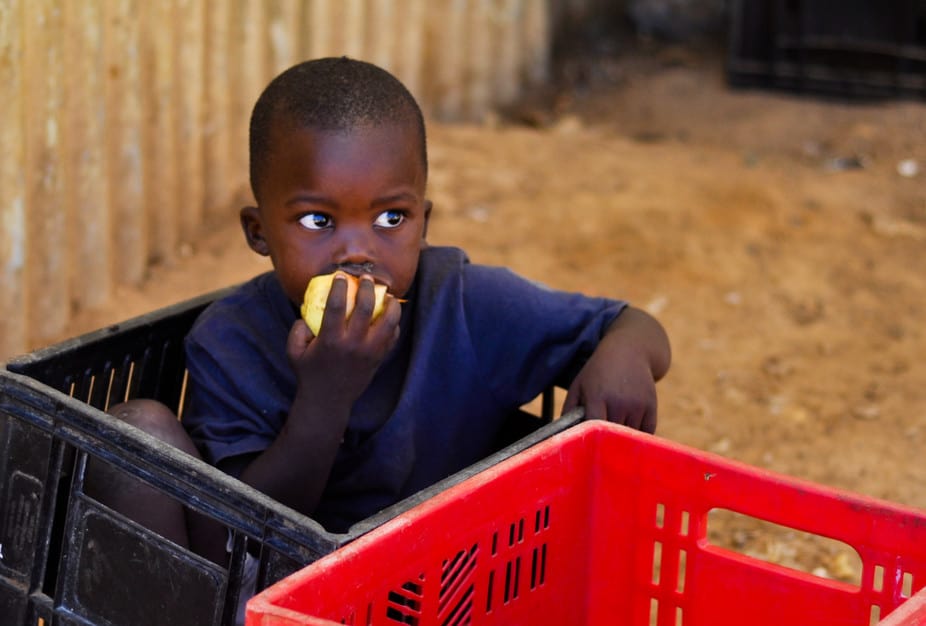 High rates of malnutrition translate into poor child outcomes. Preventing this should start early: good nutrition and health of mothers and their children during the first 1,000 days – from conception to about two years – is described as a unique window of opportunity for later human development. By the age of five years the outcomes of any deprivation experienced during this stage of growth may be irreversible.

Globally, it is estimated that a third of the six million preventable deaths of young children in poor and middle-income countries each year can be ascribed to undernutrition.

Of those who survive, an estimated 200 million children under five fail to reach their potential in cognitive development because of poverty, poor health and nutrition, and deficient care.

Two reports have been released in South Africa that show the unacceptably high proportion of children in poor living conditions. The first is Statistics South Africa’s profile of the youth and the second is the South African Early Childhood Review, published by the University of Cape Town’s Children’s Institute. Both focused attention on the plight of young people in South Africa.

They show that South Africa’s stunting rate lies well above the trend for most countries that are at a similar level of economic prosperity. This is despite the improvement in the prevalence of stunting as a result of policy interventions in the two decades since the end of apartheid. The reality is that the bulk of South Africa’s children continue to live in households that are below the poverty line.

This means that, while inequities in nutritional status may have been mitigated through the existing suite of social protection policies, children remain at risk in South Africa.

The Children’s Institute report shows that children are more likely to be living in poor households than adults. About 53% of children under six live in poor households. The vast majority of these children are African and live in rural areas. The figures can be compared with just less than 33% of households and 45% of individuals categorised as poor in terms of South Africa’s official upper-bound poverty line of R779 ($50) per month.

South Africa’s high levels of inequality are well documented. In terms of income, the bottom 20% of the population receives less than 5% of income while the wealthiest 20% receives more than 60%. This situation has hardly changed over the past two decades and translates into dramatic differences in expenditure patterns.

For infants, one consequence of poverty is stunting: having low height-for-age. Stunting results from failure to grow at an adequate rate. It is considered a long-term indicator of undernutrition that reflects the cumulative effects of poor socioeconomic, environmental, health and nutritional conditions.

Nutritional status is important both during the period prior to a child being born, as it develops in the womb, as well as during the first two years of the child’s life.

In 1993, about 30% of children under five suffered from stunting. The data that exists prior to 1993 suggests this level was maintained and perhaps exceeded in some parts of South Africa, for at least a decade.

Most studies now agree that this prevalence has declined. It currently sits at about 25%. And there are differences across groups and areas. Stunting is highest among the coloured population (at 28%) and higher in rural areas than in urban areas.

In the context of such extreme inequalities, differences in the prevalence of stunting across income groups might also be expected.

The most recently available data shows that although inequalities have persisted, they are far lower. Today, 26% of under-five children in the poorest quintile are stunted compared with 14% of children in the richest quintile. The implication is that there has been a significant decline in terms of inequality in health outcomes for children since 1993.

A change of direction

This reduction – in the face of little change in the prevalence of income poverty and widening income inequality – points to the impact of polices that have provided a “social wage” to the poor. This refers to the package of services and grants intended to reduce the cost of living of the intended beneficiaries. The social wage is a component of South Africa’s National Development Plan.

Currently, close to 60% of government spending is allocated to the social wage. Expenditure on these services has more than doubled in real terms over the past decade. Social wage policies that are relevant for nutritional status of children include:

But addressing this challenge will require more than spending additional money by increasing the child support grant, or extending it to older age groups. Alternative interventions must be found to achieve greater progress in improving the food security and nutrition of children.

This includes strategies to support better diets for infants, such as the promotion of breast-feeding, which has been shown internationally to improve nutritional status. It is concerning that the United Nations Children’s Emergency Fund reports that South Africa has one of the lowest rates of exclusive breast-feeding in the world.

Strategies must also provide access to adequate water and sanitation where children are living. Unhygienic conditions, including those that arise when toilets are shared by a number of households, have been linked to moderate to severe diarrhoea in children. This in turn leads to malnutrition.

Finally, there is a role for the delivery of other forms of social protection to children, including prenatal care for prospective mothers.

Interventions such as these need to be included in the implementation strategies of policies such as the recent National Policy on Food and Nutrition Security, and in provincial and municipal strategies for food security.

In addition, civil society organisations concerned with food security and the right of children to adequate nutrition should consider broadening the pathways through which they try to influence policy.

Julian May, Professor in Development Studies, University of the Western Cape and Director of the DST-NRF Centre of Excellence in Food Security. This article was originally published on The Conversation. Read the original article.