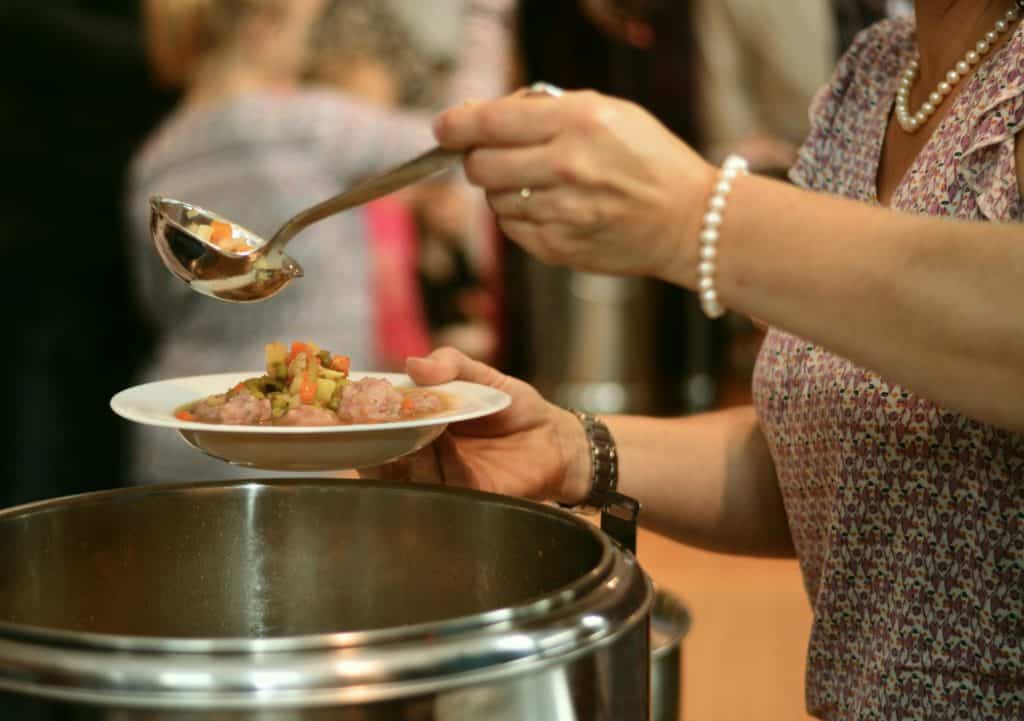 Bottom-up approach to food relief, if properly instituted in a dignified, collaborative manner, is the way to go with grassroots food distribution

The massive mobilisation of civil society organisations across the Western Cape in the first six weeks of the COVID-19 lockdown, while the government scrambled to put in place financial alternatives for food relief, averted a hunger crisis of catastrophic proportions.

The statistics tell the story; in that first month and half, the South African Social Security Agency reported, the national number of people no longer getting paid anything at all spiralled from 5.2% to 15.4% – and worse was expected to come.

In the Western Cape, civil society was on the move and, in the 74 days from 25 March, they fed more than 41 000 hungry people every day, prepared more than 3 million meals, distributed nearly 80 000 food parcels, and assisted households and community kitchens with digital shopping vouchers to the value of R854 700.

There are now calls for the government to give them a place at the proverbial table, so those relationships can be harnessed beyond the crisis, and their valuable input can drive food policy to ultimately frame long-term solutions.

Andrew Boraine, chief executive of the Western Cape Economic Development Partnership and coordinator of the NGO-Government Food Relief Coordination Forum, revealed details of what he called “the sheer magnitude of civil society contributions” at a virtual meeting entitled Civil Society Organisations and Emergency Food Aid: Learning lessons for an ongoing crisis. It was hosted on June 23 by the DSI-NRF Centre of Excellence in Food Security and the Centre for the Study of Governance Innovation.

The civil society contribution accounted for 50% of the total relief effort in the Western Cape, and Boraine said that was probably still an undercount. He stressed that the new challenge was to turn those short-term relief efforts into long-term recovery policies and future plans.

Andy du Plessis, managing director at non-profit FoodForward SA, told the meeting that his organisation was supporting 670 non-government organisations pre COVID-19. Two and a half months down the line, that number has jumped to just over 1000. Elin Duby, from the Muizenberg Community Action Network (CAN), said they were feeding 160 people six days a week in Muizenberg, 150 people twice a week in Costa Da Gama, and supporting 15 community kitchens in the Vrygrond informal settlement.

Mymoena Scholtz, director at Where Rainbows Meet, reported they were making 10 pots of food a day to feed a further 2 500 people in Vrygrond, up from the pre COVID-19 300 people a day. Henriette Abrahams, of the Bonteheuwel Development Forum, said they had set up 34 feeding schemes in the area, feeding 40 000 to 50 000 people a week. They were in the process of setting up one food garden for each of the area’s 17 blocks, and had plans to also add a community bakery to each to supply bread to residents at cheaper prices. The profits, she said, would be used to subsidise the food gardens and local feeding schemes.

As the lockdown progresses and South Africa’s economy continues to falter, they are all concerned that donor fatigue, along with volunteer fatigue, could threaten their efforts and the lives of the people they assist.

Meeting chair Florian Kroll, researcher and project manager at the Institute for Poverty, Land and Agrarian Studies (PLAAS) and the Governance and Policy Programme of the CoE-FS, told participants that interviews with 100 Community Action Networks in the Western Cape had shown that the need was great, and increasing. In addition, about half these organisations were learning on the go, having no previous experience in food security but immediately jumping in to help when the need arose. Many of them initially operated from private homes or churches, and the majority of beneficiaries included infants, children, the elderly and the disabled.

Egbert Wessels, of the Philippi Economic Development Initiative (PEDI), commented that one of the big learnings from the civil society response was the extent to which community structures could be relied on to identify the most vulnerable families in the areas they serve.

One of the most amazing legacies of this time would have to be the trust relationships that have been built up in communities like Philippi to channel emergency relief in a responsible and appropriate way to those who need it most. They stepped up in terms of direct food relief long before the government. And what we have learnt is that this bottom-up approach to food relief, if properly instituted in a dignified, collaborative manner, is the way to go with grassroots food distribution

Boraine praised the civil society response, saying that things change quickly in a crisis, leaving no time to wait for the perfect plan: “While you are taking action, you reflect, adapt, adjust, pivot, and then repeat.”

He said there was no reason why the rise of the role of civil society organisations during the lockdown could not be sustained into the future, playing a critical role in driving policy and food security campaigns, while building on emergent partnerships.

“These relationships that have been built in the crisis will stand us in good stead for the recovery period. We need to harness the energy of these new networks as we advocate for food security and diverse food systems to become central to the Western Cape government’s recovery plan,” Boraine urged.