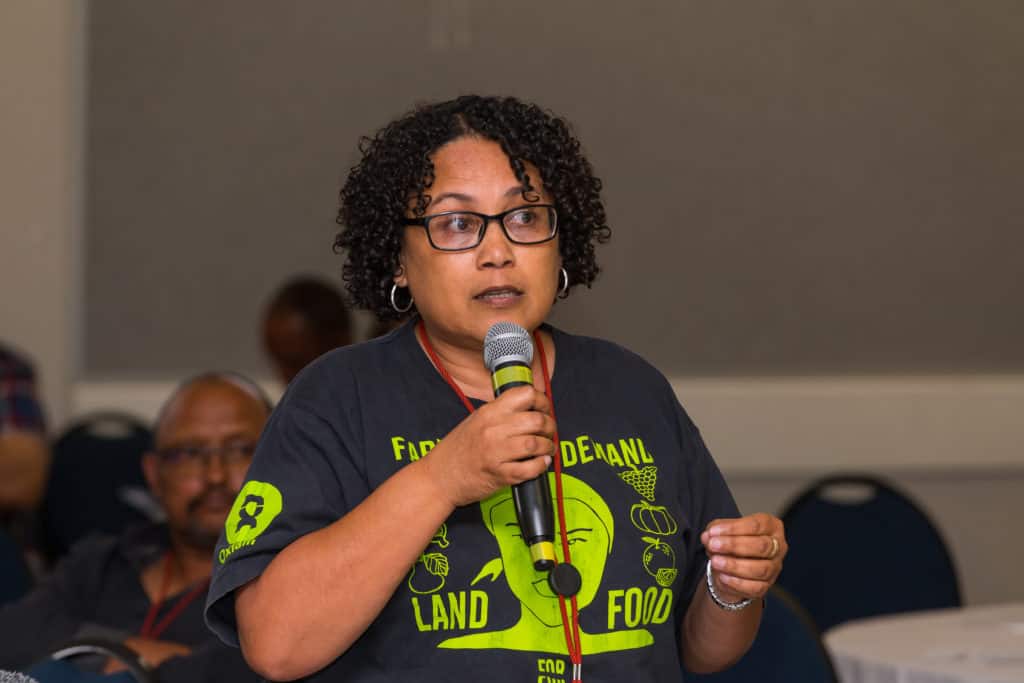 “The laws do not protect farm workers,” said Carmen Louw of Women on Farms Protect

‘We were thrown out like dogs. The police came with guns. My mother was preparing breakfast and the pots were thrown on the ground. Our furniture was broken. No one helped us.”

These were just some of the painful memories of evictions shared with delegates at the ‘Future of Farmworkers’ conference which was held at the University of the Western Cape last week.

Voices filled with pain, Monica and Susan explained the impact that the evictions had had on their communities. Children dropped out of school as their families were moved to tin shacks in shanty towns like New Rest and Spooky Town that are ‘not safe and not good for decent living’.

The women, whose surnames have been withheld for fear of victimisation, were expressing the trauma of thousands of farm workers who have been moved away from the land they loved into urban slums. Even when the living conditions on the farms were far from ideal, the workers were able to grow their own vegetables and keep chickens and other animals for the pot.

The issue of evictions is not new. Marc Wegerif, from the Human Economy Programme at the University of Pretoria, spoke of the findings of the National Eviction Survey which was published in 2004 in response to calls to establish whether post-apartheid evictions were anecdotal or a reality. 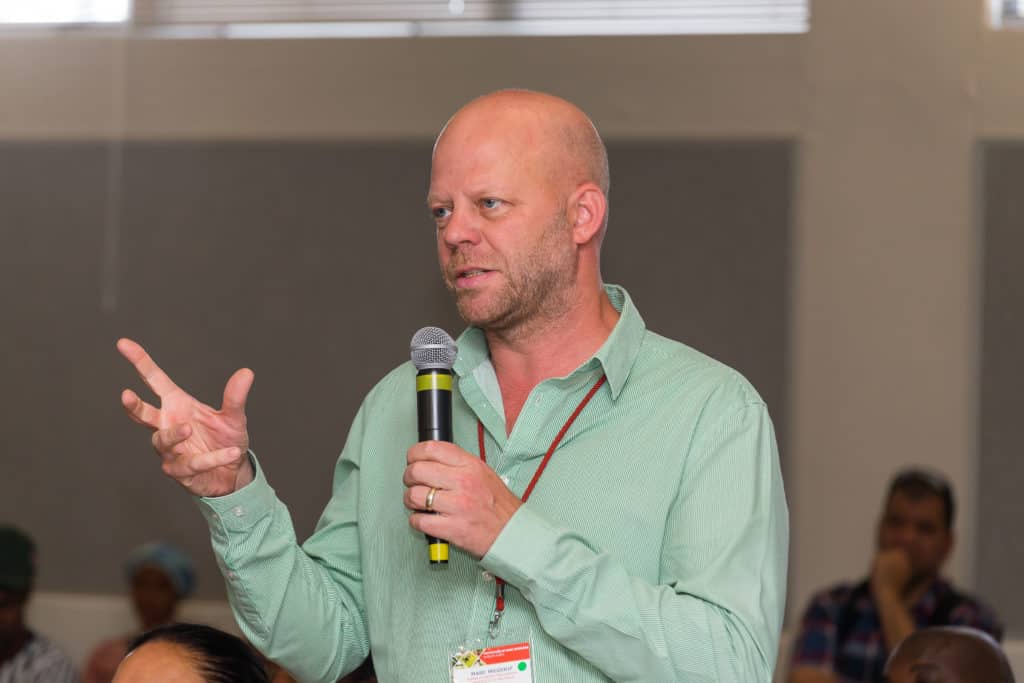 Marc Wegerif, from the Human Economy Programme at the University of Pretoria

“The figures were worse than we expected,” Wegerif said. “We found that women and children were the hardest hit, and that most families were still searching for security and stability years after being evicted.”

The results of the survey were widely publicised, but “we were still naïve in those days. We thought the impact would lead to change,” he said. “We were wrong.”

In most cases, evictions also mean a loss of access to basic services. Those services are a point of contention, even for those workers who are still living on farms.

“The Constitution does not say that land owners have more rights than the people who live on the farms. Just because land is privately owned, it doesn’t mean that essential services should not be delivered,” said Siyabonga Sithole, whose work in KwaZulu-Natal was centred around “making forgotten citizens visible”.

The Pathways out of Poverty project scored a precedent-setting victory in court in July this year when it was established that municipalities have a constitutional obligation to provide basic services to farm dwellers living on privately owned farms.

When it comes to evictions, however, court victories are difficult to obtain.

The laws do not protect farm workers. The law is not equal. The evictee is the one who must open a case – and who has the means to do that? It is impossible.