Published June 7, 2017, by Julian May and Stephen Devereux 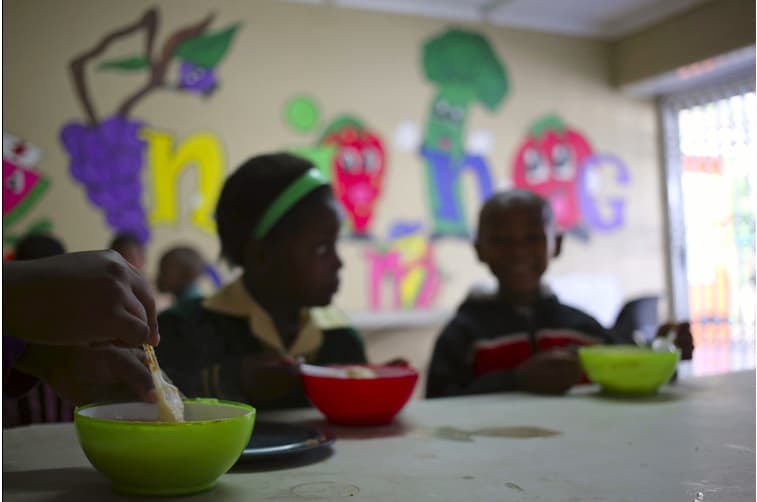 The most recent data shows that 27.4% of South African children under the age of five are too short for their age or suffer from stunting.

Children are stunted when they don’t grow at an adequate rate. The World Health Organisation has height standards for various age cohorts and defines stunting as a “height for age” value which is less than two notches below the norm.

Stunting is a measure of chronic hunger and is a long-term indicator of under-nutrition. The survey shows that one in four children go hungry. It reflects the cumulative effects of poor socioeconomic, environmental, health and nutritional conditions.

Nutritional status is important for children both as they develop in their mother’s womb and during the first two years of their life. This is known as the “unique window of opportunity” for their later development. If deprived in this time the damage from this lack of growth is irreversible.

South Africa’s 2016 Demographic and Health Survey shows that stunting remains a national concern. At 27.4%, the stunting rate has remained the same since the last survey done in 2003. These are the highest recorded levels in the country.

In the intervening 13 years it was assumed that stunting was on the decline. This was based on other nutrition surveys which showed a drop in the rate. But the demographic survey suggests this is not the case. It shows that child hunger is not improving and may in fact be on the rise again.

We believe that there are two main reasons for the rise in stunting: poverty and malnutrition, which includes the fact that few mothers breastfeed their babies for six months as recommended by the World Health Organisation as well the fact that the food they eat offers little nutrition.

Unless these two issues are tackled, South Africa’s stunting rates will continue to rise.

The problem of poverty

To address the issue of poverty and hunger, the South African government introduced a social grant system – which included a child support grant – in 1996.

The grants have had a positive impact on the lives of poor people. Most poor people spend their additional income on basic needs, starting with food.

The child support grant reaches 12 million children. But the monthly payout of R380 per child is not sufficient to meet nutritional needs.

Research by the Centre of Excellence in Food Security has found that grants are put to number of different “uses”, including food, groceries, clothing, education and transport. There are also many “users” including unemployed family members, who do not receive any social assistance from the state.

For the child support grant to have a greater impact on the health of young children, policies that target resources to other members of the household will need to be considered. These include universal grants such as the long proposed Basic Income Grant, or family grants such as Brazil’s Bolsa Familia.

There are other drivers of malnutrition. One is poor childcare practices, such as not breastfeeding infants exclusively for the first six months.

Until recently South Africa had one of the world’s lowest rates of exclusive breastfeeding. The demographic health survey reported that this figure has risen from fourfold, from 8% in 2003 to 32% in 2016. This is extremely encouraging.

But the fact that the nutrition status of children hasn’t improved suggests that other factors are driving South Africa’s malnutrition rates.

Other options may be poor sanitation in dense settlements which result in frequent diarrhoea, or simply not getting sufficient nourishing food both during pregnancy and after being born.

The country can help improve the nutritional quality of food. It produces sufficient food and has adequate scientific knowledge to produce, process and distribute safe and healthy food.

Options already introduced in South Africa include food fortification by adding vitamins and minerals, and dietary supplements. Food fortification improves the nutritional quality of the food supply and provides a public health benefit with minimal risk to health.

About 90% of wheat flour and 70% of maize meal on the market is fortified with vitamin A, thiamine, riboflavin, niacin, pyridoxine, folic acid, iron and zinc.

In addition, children can also get a Vitamin A supplement syrup at the clinic every six months until they are five-years-old.

But the effect of these interventions isn’t being fully realised because many of these programmes have been poorly designed and implemented.

Getting the basics right

Ultimately children living in poor households need to be supported by adults with jobs. They need caregivers who are not trying to stretch a comparatively small grant over the multiple needs of their families. And they need environments in which food can be safely prepared and consumed.

Bringing food to the mouths of children in South Africa requires action by all parts of society: its elected representatives, employers and food activists.

A convergence of science and policy is what is really needed, along with better cohesion, and better coordination at all levels of government.

The fact that one in every four children in South Africa go hungry should indeed be of national concern. The reality is that if nothing is done about it, it will only get worse.

This article was originally published on The Conversation. Read the original article