Day two of the National Conference on the Future of Farm Workers in South Africa got off to a heated start as the Minister of Employment and Labour, Thulas Nxesi, fielded a storm questions from farm workers themselves. 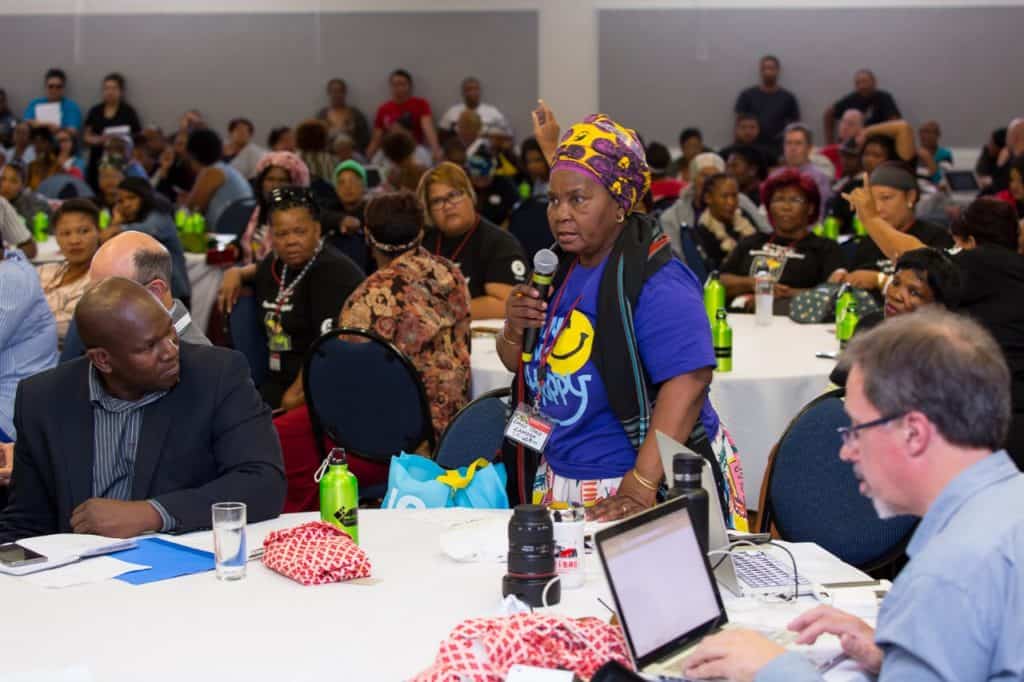 Emily Tjale of the Land Access Movement of South Africa

Those questions touched all the hot-button issues, from continued exploitation of farm workers and the poor enforcement of labour laws, to the debates around minimum and living wages, the alleged marginalisation of coloured farm workers in the Western Cape, and shrinking employment opportunities on South African farms. The Minister’s answers to those received mostly tepid, if not outright dismissive, responses from farm workers.

“By your own admission, the government doesn’t know what is happening on farms,” said one of the delegates crammed into the auditorium at the School of Public Health at the University of the Western Cape (UWC). That delegate then urged the minister to go work (undercover) on a farm for week to experience for himself, how farmers treat their employees.

And if the minister expressed his scepticism over whether strike action actually benefits farm workers, the speakers and panellists in the subsequent sessions were more confident that it could.

Roseline Engelbrecht of the Women on Farms (WFP) spoke of how women farm workers have been empowered to take action on a variety of issues, both within the structures of the WFP, and on their own. Mercia Andrews of the Trust for Community Outreach and Education (TCOE) hailed the victories made possible through collective protest action with farm workers in other countries.

Sharing experiences of organising farm labourers in the US, Baldemar Velasquez, President of the Farm Labor Organizing Committee (FLOC), said collective action directed at those who get the lions’ share of the gains – powerful retailers and food manufacturers – is what made a difference. This was in reference to collective action led by FLOC in 1978, in which a small group of farmworkers embarked on an eight‐year strike and boycott of the Campbell Soup Company that culminated in the first multi‐party contracts in labour history between farmworkers, farmers and numerous industrial produce corporations. “These were the first supply‐chain agreements in labor history achieving precedent‐setting human rights reforms,” he said. 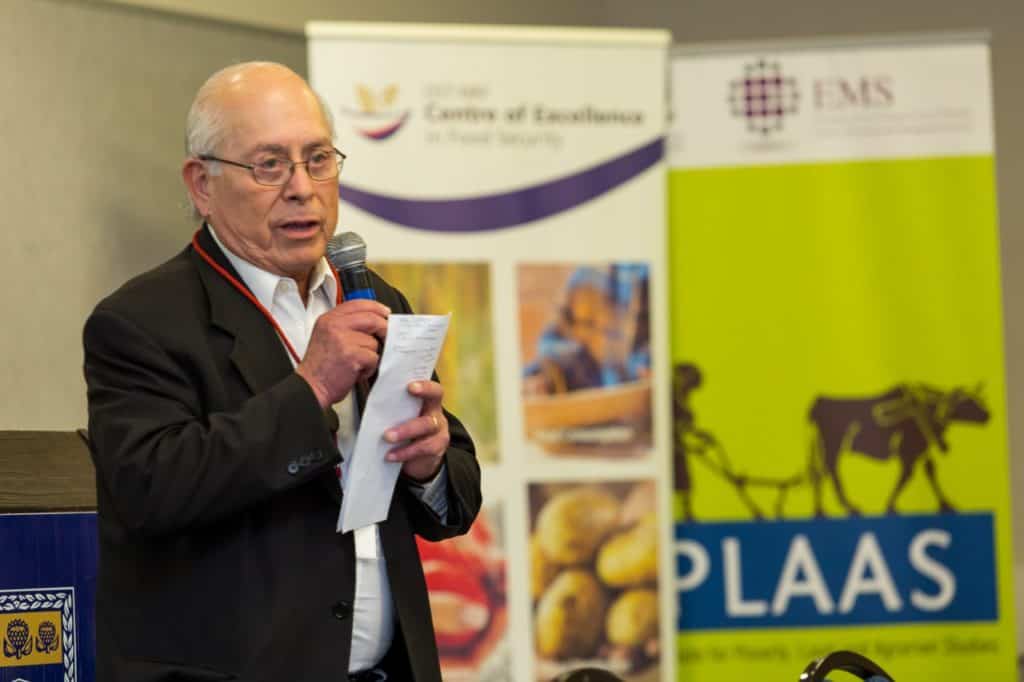 In 1978, Velásquez, who founded FLOC, organised a mass strike of about 2,000 workers on tomato farms.

Without holding these powerful players to account, farm workers' conditions are not going to change if unions' and NGOs' strategies don't focus carefully on finding the points of leverage.

These achievements were only made through the solidarity of farm workers, and despite the many challenges facing them, insisted Trevor Christians of the Commercial, Stevedoring, Agricultural and Allied Workers Union (CSAAWU). Only 4-5% of South African farm workers are organised, he said. “There is no freedom of association on farms.”

The National Conference on the Future of Farm Workers runs at the University of the Western Cape (UWC) from 16 to 18 October, and is hosted by UWC’s Centre of Excellence in Food Security and Institute for Poverty, Land and Agrarian Studies (PLAAS), in partnership with the WFP.

SARChI in Social Protection for Food Security listed among world’s most impactful...

2020 Newton Prize Finalist, Professor Stephen Devereux, made the cut on the list of the world’s most impactful researchers. This…