In a recent presentation, Dr Anthea Dallimore, researcher at the Centre of Excellence in Food Security, argued that expectations from public works programmes may be overly ambitious but that they still can contribute to improving food security. 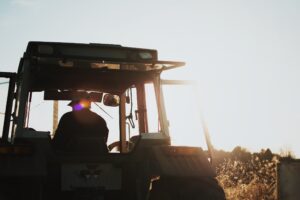 Public works programmes have globally been touted and implemented as a means to improve public infrastructure while also supplementing household income –– all in the hope that it will lead to, among other things, substantial improvement in household food security. But early findings from an ongoing study on social protection in developing countries –– a study supported by the DSI-NRF Centre of Excellence in Food Security (CoE-FS) and led by development economist Dr Anthea Dallimore –– suggests that improvements in food and nutrition security may be modest, at best.

Dr Dallimore shared these and other glimpses into the study at the first of a new “Open House” webinar series on ‘How Economic Inclusion Contributes to Food System Transformation’, hosted by the Partnership for Economic Inclusion (PEI) and the World Bank.

The PEI produces an annual State of Economic Inclusion Report, which looks at efforts to transform the economic lives of the world’s poorest and most vulnerable people. The new series of webinars is co-created and hosted with the Food and Agriculture Organization (FAO), with the intention to explore “the intersection of food systems and economic inclusion programmes”.

Along with Dallimore, Dr Atef Elshabrawy of Egypt’s Ministry of Social Solidarity shared insights from its Forsa (opportunity) programme, which was designed to build on the country’s cash transfer programmes, (conditional) Takaful and (unconditional) Karama, and encourage economic resilience and financial independence among recipients.

Dr Noemi Pace of the University of Teramo, Italy, and a consultant with the FAO, shared evidence from a study on the link between cash transfers and economic inclusion in Zambia.

Dallimore’s literature review cast a wide net: It sought to measure the impact of social protection on a range of outcomes in several countries. The outcomes researchers were looking at in the study included the impacts of such programmes on food security, household resilience to income shocks, vulnerability to climate shocks, and crop diversification.

“The original intention of public works and public employment schemes is to smooth household consumption and protect assets against income shocks,” explained Dallimore.

As expected, the outcomes from these initiatives proved to be a mixed bag of results. In Sierra Leone, for instance, the youth programme increased female participation in the labour market, but also led to an increase in student absenteeism. In Bangladesh, Saemaul appeared to improve food security and income generation by diversifying household livelihoods. India’s programme improved nutrition and public asset accumulation (the building of infrastructure), but there was no investment in land improvement. And the PSNP in Ethiopia offered some protection against income shocks (although not enough to protect households against severe shocks) and increased family’s livestock holdings, although it did not encourage crop diversification, explained Dallimore.

But such public works and public employment schemes often come with built-in shortcomings. Typically, the number of workdays are limited, and wages are modest at best. And while they can improve food and nutrition security and develop infrastructure, they are no panacea.

“Public works should not be seen as a substitute for stimulating economic growth or employment,” observed Dallimore. “Also, their ability to promote investments in agriculture and build resilience remains contested.”

It may be that expectations for such programmes are too high, suggested Dallimore, especially as many are simply not implemented as designed.