With an eye on South Africa’s growing burden of lifestyle-related diseases, researcher Clarity Mapengo may, in playing around with starches, have identified a technique that could turn much-beloved South African ‘pap’ into a health-conscious dish as well. 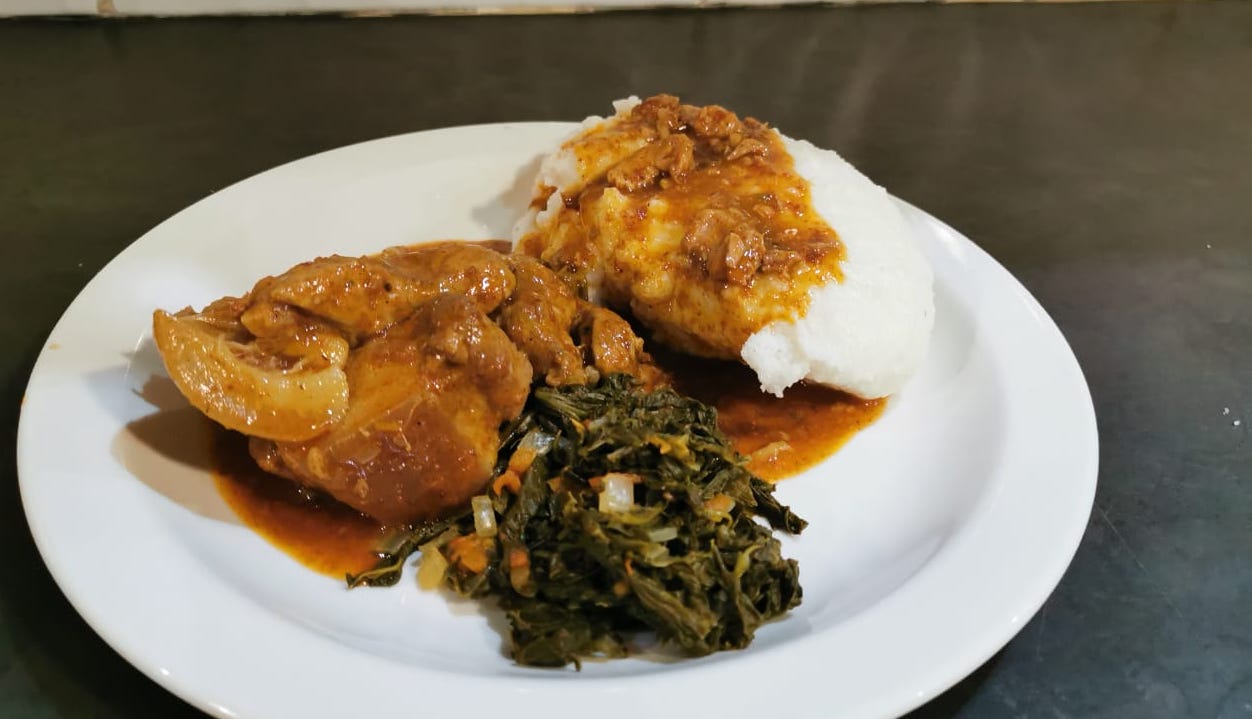 While it’s by no means the sole culprit, as with all starchy, high-GI foods, pap has been linked with conditions like obesity and diabetes. Image credit: Riki Malothane

South Africans may have problems breaking down our ethnic and cultural divides, but ‘pap’ has never had that problem.

Just about every South African has enjoyed the dish, made from maize. According to a 2018 estimate, on average, every South African consumes some 75 kg and 81 kg of the stuff every year. And while we may enjoy it differently – as a sugary and milky porridge, and/or perhaps as a firmer, more gelatinous savoury side dish – and even have many other names for it (including ‘mieliepap’), its short and sweet three-letter handle is recognisable anywhere in the country.

But for all its charms, pap is not without its foibles. As with many starches, it has a high glycaemic index (GI) – a measure of how much a food increases blood sugar – although that GI varies depending on how it’s consumed, i.e. hot or cold, firm or runny.

While it’s by no means the sole culprit, as with all starchy, high-GI foods, pap has been linked with conditions like obesity and diabetes.

What’s more, because it is relatively cheap and an African food-security staple, many South Africans eat it two to three times a day. Which means that it more than likely has a hand in South Africa’s growing lifestyle-related disease burden.

But Dr Clarity Mapengo – a researcher supported by the DSI/NRF Centre of Excellence in Food Security – may well come up with a way to save pap’s good standing.

It all started with her work as a master’s student in food science and technology within the Department of Food Science at the University of Pretoria (UP). In her research Mapengo had used a technique known as infrared heat-moisture treatment (HMT) to slow down the hydrolysis of starch, i.e. its enzymatic breakdown into simple sugars that trigger the starch-related sugar spike in humans.

For her doctoral research – which she completed this year – Mapengo wanted to see if HMT could be applied to a starchy food. She chose pap for its prominence in many African diets, but also its possible role in the rise of non-communicable diseases.

“Communities that are threatened by such diet-related diseases are often encouraged to shy away from staple foods in an attempt to stay healthy,” she said in a recent UP article celebrating her graduation.

HMT is essentially a way to modify the structure and properties of starches. In traditional HMT – used in the production of maize meal – a little moisture is added to the starch, which is then heated at high temperatures in conventional-type ovens.

Because of its wide range of frequency bands, infrared can be harmful to foods and humans at certain bands; so Mapengo made sure to use it at safe, mid-infrared band/region. As a modifying agent for her maize meal sample, she also added a small amount of a naturally occurring fatty acid known as stearic acid.

As no synthetic ingredients are added, the technique can be classified as ‘clean label’, she explains.

Her results have been promising. The infrared HMT reduced the rate of hydrolysis compared to conventional heating. And when combined with the addition of the stearic acid, it produced a “non-gelling” porridge with increased resistant starch (RS).

Resistant starch is a type of starch that isn’t as easily digested in the body, operating similarly to a soluble fibre. It’s also been shown to have benefits like lower blood sugar levels even as the person feels satisfied for longer.

There is some way to go before infrared HMT can be applied in the production of this potentially healthier pap, however. Or a maize smoothie.

Mapengo didn’t taste her lab porridge, for instance. Instead, a doctoral researcher in the US is running the in vivo tests to see how the treated maize meal would behave in the large intestines.

“There are lots of complex interactions that we need to delve into,” Mapengo says.

While awaiting those results, Mapengo, now at postdoctoral researcher in her UP department, will be applying infrared HMT to other starchy staples like Bambara groundnuts and samp.

No need to sacrifice taste for less fat in mayonnaise – Phd...

You don’t have to sacrifice taste for less fat in your favourite mayonnaise, and Dr Joyce Agyei-Amponsah has proven it…