Trichoderma aggressivum is a global problem, having famously diminished mushroom crops in the UK, US, Asia and Europe. Understandably, South African farmers are wary of the spread of the pathogen in their mushroom farms 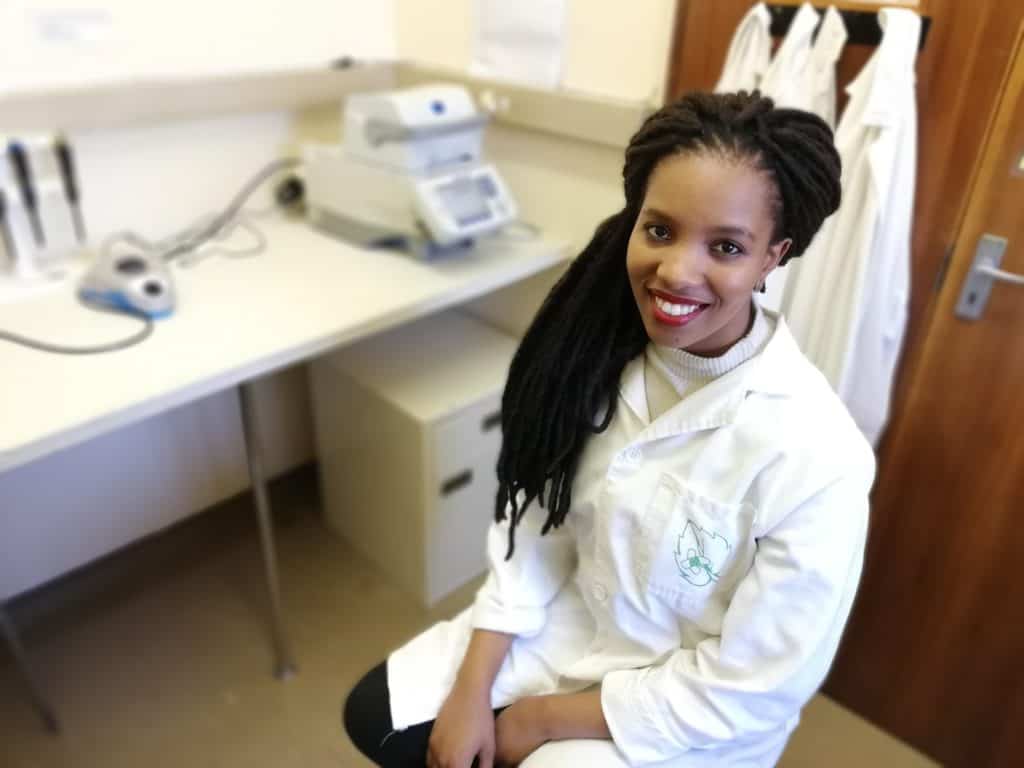 Fun with fungi: Kololwetu Cetyiwe has long loved cooking with mushrooms; now she gets to conduct scientific research into as well.

When her grandfather died, Kololwetu Cetyiwe watched as the farm that he had dedicated much of his life run to ruin.

She saw what his death, and the loss of the farm, did to her family and the community at large. “The farm had not only earned an income for the family,” says Cetyiwe (her friends call her ‘Kosh’), “but it also supplied food to the community, and it brought that community together.”

The experience instilled in Cetyiwe an appreciation for farming and its place in communities and the country. So naturally, as a student, she gravitated towards biotechnology and plant pathology, as well as – now, in her master’s studies at the University of Pretoria (UP) – food security.

Supported by the national Centre of Excellence in Food Security (CoE-FS), Cetyiwe is currently based with UP’s food safety and mushroom research groups helmed by Professor Lise Korsten, the co-director of the CoE-FS.

At UP she has just started a study on the impact of the pathogen Trichoderma aggressivum on mushroom yields in South Africa. “It’s kind of interesting because T. aggressivum is a fungus, and mushrooms are fungi,” Cetyiwe points out.

But the pathogen is interesting for other reasons as well, she adds. T. aggressivum belongs to the genus Trichoderma. The specie produces green mould disease that appears as a dense network of fungal ‘threads’ at the early mycelial stage. After sporulation, the fungus develops spores. And as the disease advances, green fungal spores become visible on the mushroom growing bed.

“Articles suggest that it’s not really that the pathogen affects the mushroom fungus,” explains Cetyiwe. “It’s more a case of that once the pathogen gets into those substrates or soils, it competes with mushrooms for resources, for nutrients. And because this fungus is more aggressive, and is able to spread and grow much faster, it pushes out the mushroom and inhibits its ability to grow.”

Trichoderma aggressivum is a global problem, having famously diminished mushroom crops in the UK, US, Asia and Europe. Understandably, South African farmers are wary of the spread of T. aggressivum in their mushroom farms. A 2018 study estimated that some 21,000 tons of mushrooms are grown in South Africa every year, a crop valued at just shy of R1 billion (R940 million). What’s more, the industry had over the preceding three years experienced a handsome annual growth of around 5%.

Apart from that it’s a labour-intensive industry capable of generating jobs, mushrooms are also being scrutinised as a means to address food insecurity. Packed with nutrients and medicinal properties, as well as proteins, it’s increasingly being recommended as a key ingredient in the diets of the malnourished and food insecure.

For Cetyiwe, her research has come with a tasty benefit. A keen chef, she’s now been able to indulge her longstanding love for mushrooms. “One of my favourite dishes is probably pasta with a nice mushroom sauce,” she says with a laugh.