After four years and almost starting again from scratch on his master’s studies, Ashley Haywood has been inspired by his research into the complex dynamics of food insecurity in South Africa.

On completing his B Admin at the University of the Western Cape in 2014, Haywood had imagined a career as a student of government bureaucracy, or maybe even as a state bureaucrat himself. Besides, job opportunities and life’s vagaries were nudging him in those directions.

Just as he was wrapping up his honours studies in public administration at the end of 2015, he was offered a yearlong internship with the Western Cape Provincial Government. Five months into the job, he took up another (and better paying) offer, this time as an intern in financial management with the local government in Bredasdorp. At the same time, confident that this was his calling, he’d signed up for a part-time master’s in public administration with UWC’s School of Government (SOG).

Towards the end of 2016, however, Ashley’s life took an unexpected turn and he relocated to Pretoria for a combination of personal reasons, working in his father’s manufacturing business for much of 2017. 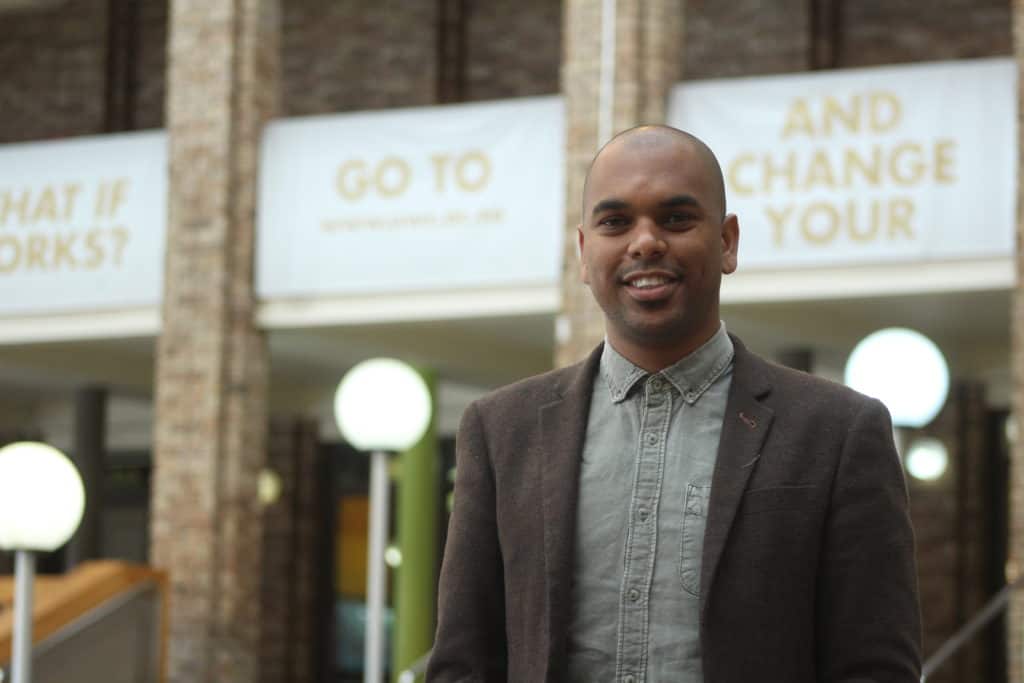 After four years and almost starting again from scratch on his master’s studies, Ashley Haywood has been inspired by his research into the complex dynamics of food insecurity in South Africa.

By the beginning of 2018, he was ready to return to Cape Town and UWC, now with some invaluable work experience and life lessons under his belt. His stint in provincial government had taught him about the red-taped workings of big government; in contrast, in Bredasdorp he had been inspired by the potential of local government for quick action; and working for his father had afforded him insights into the private sector. “All those jobs kind of taught me something new and different,” Haywood says.

But now, about to begin work on his master’s thesis, he was in several minds about the theme of his research. As luck would have it, the Centre of Excellence in Food Security (CoE-FS) at UWC was scouting for South African postgraduates to whom they could offer scholarships. So Haywood’s supervisor in the SOG, Professor Isioma ‘Issy’ Ile, introduced him to Professor Bruno Losch, co-director of the Centre for the Study of Governance Innovation (GovInn) at the University of Pretoria but based at the CoE-FS at UWC.

Losch was impressed by Haywood’s time in government, especially his immersion into local government in Bredasdorp. There, Haywood had worked not only at the coalface of municipal service provision – as a teller he, for example, sold electricity to residents – but had also been versed in the town’s budgeting process.

But moving from public administration into food security came with a cost. It was unfamiliar terrain to Haywood, so he had to spend the better part of a year schooling himself in the subject matter while working out his research proposal. “That meant that I had to extend my master’s from three years to four,” he recalls.

But food security fit him like a glove. What’s more, his employment in government was standing him in good stead in his research, which looked at how people in the local municipality of Witzenberg – where the CoE-FS was running a number of studies – engaged with the local food system. In Witzenberg, part of the Cape Winelands District Municipality, Haywood had recruited several local ‘experts’ – from small-business owners to clinic nurses, all of whom boasted singularly lived understandings of their communities – and asked them to imagine possible futures for their region and towns.

Deploying a futures studies framework, he and his participants eventually compared different future scenarios for local food systems, be it privatised service provision or, as proposed by participants, group-specific developments.

While he’s still writing up his findings, Haywood is optimistic that his study could point to a greater role for local governments in food security, a role traditionally fobbed off onto provincial or national government. “Right now local governments feel that food security is not their problem, that their role is limited to providing electricity and water or fixing potholes,” he says. “But maybe this can be a wake-up call that, yes, local government can do something about food insecurity.”

It’s a subject matter that Haywood is determined to explore even further in his doctoral studies, which he plans to start in 2020. In addition to the fact that he’s enjoying tutoring and looking forward to lecturing, he believes that he has found his intellectual home.

I’m deeply engaged with food security and the work that the CoE-FS is doing,” he says. “And unlike when I started my Master’s, when I didn’t really know the subject, I think that what I’ve learned over the past year and a half will really prepare me well for a PhD.

Informal food sector involves “spaza shops, bakkie traders, street traders and hawkers, and is an industry that is worth about…

Open up the places with no Covid-19 cases, say food security experts