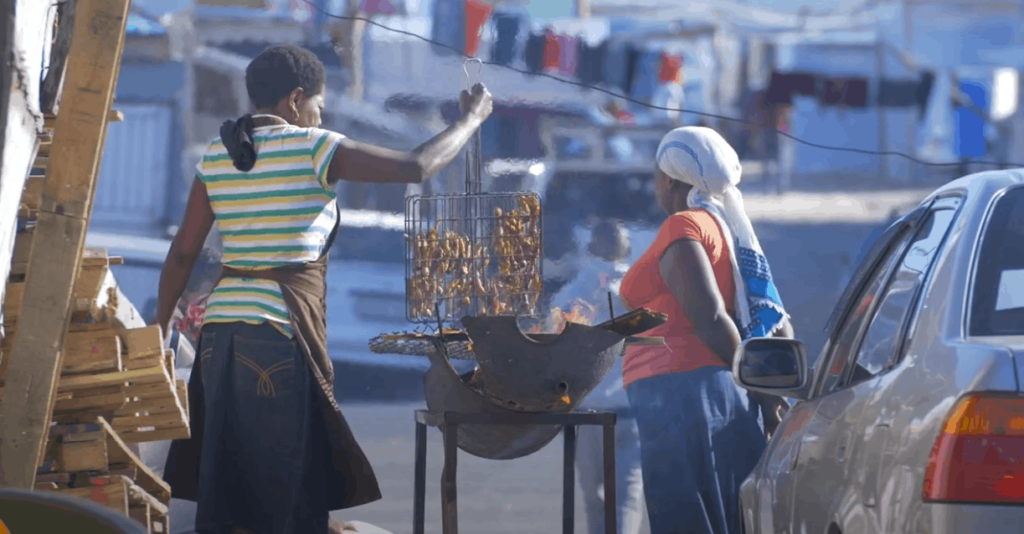 Gender gaps have increased as a result of the crisis. This has implications not just for women, but for their households and for their children.

If women and children have been suffering the brunt of the blows coming out of the COVID-19 lockdowns, it’s because the ground had been laid well ahead of the global pandemic.

That point was driven home again at ‘Leave No One Behind: Exploring the impact of COVID-19 on highly vulnerable groups’, the third of the Centre of Excellence in Food Security (CoE-FS) 2020 Women’s Month Webinar series, hosted on 25 August.

Before COVID-19, women were less likely than men to participate in the labour market, held different types of jobs, and were far more likely to be the primary caregivers to children, explained Prof Daniela Casale from the University of the Witwatersrand, one of the main researchers involved in the National Income Dynamics Study (NIDS) Coronavirus Rapid Mobile Survey 2020 (CRAM). And while both men and women have been severely affected by the lockdown, the effects have been larger for women. For one thing, job losses have been higher among women than among men; in February this year, women accounted for 47% of total employment in South Africa, yet lost two million (66%) of the total of three million jobs lost by April. African women on the lower end of the earnings distribution were particularly hard hit. In fact, almost half of the women in the lowest one-third of the earnings distribution had lost their jobs by April.

NIDS CRAM pointed out another inequity in the social fabric. Women are more likely than men (74% vs 61%) to be living with children. And even accounting for household composition, women were spending more time on childcare than men. These norms were simply amplified over the lockdown. With schools closed, women were dedicating even more time to childcare, with implications for both their job-seeking opportunities and their general wellbeing.

To add insult to injury, two-thirds of the small COVID-19 social relief grants made available over the lockdown went to men, as no one person can hold more than a single grant. This penalises unemployed women who may be receiving the Child Support Grant (CSG).

What’s happened as a result of the crisis is that gender gaps have increased. Of course this has implications not just for women, but for their households and for their children.

These job losses, increased demands on mothers, and dwindling access to food bode long-term ills for society. For one thing, it further undermines efforts to encourage breastfeeding, and particularly exclusive breastfeeding, among new mothers, pointed out Dr Chantell Witten of the University of the Free State. Despite being proven to be the “number one child health and development intervention”, particularly over the first two years of life, breastfeeding rates in South Africa were well below recommended levels even before the pandemic.

Witten’s own doctoral work, in which she followed a cohort of new mothers, has corroborated international findings. Over the span of six months, rates of exclusive breastfeeding among the mothers fell from 71.9% over the first two weeks of the child’s life, to 17.8% by month six.

COVID will only add to the pressures facing pregnant and breastfeeding women, who feel that they pass on their own hunger to their children, said Witten. “We also know that there’s been a huge decrease in mothers attending antenatal care and routine services, immunisation levels have dropped significantly, and ECDs [early childhood development centres] have been closed, so we know that households are under stress.”

The effects of COVID-19 on women have been disproportionate and devastating, from increased hunger and caring responsibilities, to possible upticks in gender-based violence (GBV), echoed Professor Hettie Schönfeldt of the University of Pretoria. But again, hunger was all too common a feature of the lives of South African women well before the lockdown, as were the burden of care placed on them, and the risk of GBV that they face. For example, just before the lockdown some 25% of the population were estimated to live below the food poverty line, while half were food insecure. Millions of children counted among these, including the 9.6 million who could not over the early stages of the lockdown access the meals provided by the National School Nutrition Programme (NSNP).

Another ongoing concern has been around food quality and diversity, with South African diets increasingly unhealthy and lacking in fruit and vegetables. In a study at UP, Schönfeldt and her colleagues have found that food parcels that were provided in Gauteng and Western Cape over the lockdown were, while different, both high in starchy foods, as well as in sugar and salt content. At the same time, few (if any at all) fruits and vegetables were included in the food parcels.

But some good may yet come out of the pandemic, said Professor Julian May, director of the CoE-FS. “I think that one of the things that we have started doing is recognising the size of the problem, because I don’t think the inequalities in the system had been fully realised or accepted. And we’ve really exposed the flaws and the fault lines in the system.”

That is a necessary and good place from which to address those problems, he said.