The DSI/NRF Centre of Excellence in Food Security, with support from the Food and Agriculture Organization, the European Union and the French Agricultural Research Centre for International Development, recently hosted four Food Systems Imbizo meetings to review and revise an assessment of South Africa's food system. 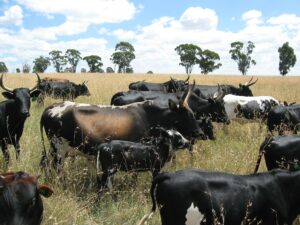 While South Africa is categorised by the Food and Agriculture Organization (FAO) as being food secure, the country’s food system contains severe sustainability challenges. And solutions — if they are somehow to come — are going to require concerted efforts that tackle the problem from many angles.

That much was clear from four Food Systems Imbizo meetings hosted in October 2021 by the DSI/NRF Centre of Excellence in Food Security (CoE‑FS) with support from the FAO, the European Union (EU), and the French Agricultural Research Centre for International Development (CIRAD).

Over the four meetings, participants (including food researchers from different disciplines, members of civil society organisations and representatives from government) gathered to review and revise, where necessary, an assessment of the country’s food system conducted by the CoE‑FS on behalf of the EU and the FAO. The aim of this rapid assessment is to propose policies and actions that will improve the food system, particularly as it pertains to the poor and vulnerable segments of the population.

South Africa is one of 50 countries where these assessments are being conducted. It is the only G20 country among these and a significant actor in the global food system.

At the imbizo, delegates looked at drivers of food system change, how these impact the core activities of the system, and recommendations. These included ‘levers of action’ to address, respectively, food governance weaknesses, poor nutritional outcomes, ways to improve the sustainability of agriculture in South Africa in the face of climate change, and, finally, mechanisms to level the economic playing fields in the country’s food system.

The feedback from the three meetings will be used to finalise the Food Systems Assessment for South Africa that will be submitted to the FAO, EU and the South African Department of Agriculture, Land Reform and Rural Development. In addition, it will also shape the CoE‑FS’s future research investments.