“The world has been reeling in shock at the devastation being caused by the Russian invasion of Ukraine. Beyond the grave and urgent humanitarian needs for the people of Ukraine, and the millions now displaced, the impacts of the war will potentially be wide-reaching and have long-term consequences for global governance, security, economies and development.” 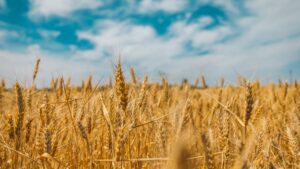 Ukraine is known as the breadbasket of Europe. Polina Rytova / Unsplash.

This was the introduction to a recent panel discussion* hosted by the Institute of Development Studies (IDS) at the University of Sussex, which saw speakers analyse and discuss the potential implications of the invasion on areas such as international taxation and financial flows, poverty reduction, and global food security.

Professor Stephen Devereux, a principal investigator (PI) with the DSI-NRF Centre of Excellence in Food Security (CoE-FS) and research fellow at the IDS, joined the panel to provide input on the implications of the Russian invasion for global food security. 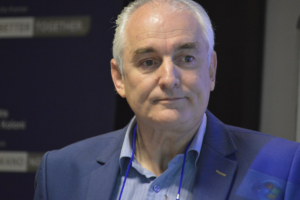 “The situation in Ukraine is obviously a humanitarian crisis first and foremost. And the food security and wellbeing of the people of Ukraine should be the immediate concern of the global community,” said Professor Devereux.

“However, because of the dominant roles of Russia and Ukraine in global food, fuel and fertiliser markets, there are also massive knock-on effects for people around the world.”

During his discussion, Devereux, who is the founding director of the Centre for Social Protection at the IDS, noted three direct and indirect pathways from the invasion of Ukraine to potential risks to food security in other countries.

The first of these pathways, explained Devereux, is global food availability decline. Ukraine is known as the breadbasket of Europe, and Russia and Ukraine have both become major food exporters in recent years.

In 2020, these two countries accounted for one-third of the world’s wheat trade and one-quarter of the world’s barley trade, while Ukraine exported 15% of the world’s maize and half of all sunflower oil traded globally.

Some 50 countries depend on Russia and Ukraine for 30% or more of their wheat and as noted by Devereux, many of these are low-income, food-deficit countries in North Africa, the Middle East and Asia, including Bangladesh, Egypt, Nigeria, Sudan and Yemen – with the latter already on the brink of famine.

Reduced food supply will result in rising food prices. However, Devereux explained, food prices were already on the rise before Russia’s invasion of Ukraine.

In February 2022, the Food and Agriculture Organization of the United Nations’ Food Price Index reached a “new all-time high”, which Devereux said was “partly due to recovering global demand post-COVID-19, and partly reflecting expectations of imminent disruptions to wheat and maize exports from Russia and Ukraine”.

Added to this are rising oil, gas and petrol prices which will drive food price inflation even further since “food and fuel price movements tend to track each other closely”. And because poor households spend a higher proportion of their income on food, higher food prices will affect low-income consumers and countries worst, Devereux explained.

Russia is the largest global exporter of fertiliser and fertiliser ingredients such as potash, ammonia, urea and natural gas used for making nitrogen-based fertilisers. Belarus, which has supported Russia’s invasion of Ukraine, is also a major exporter of potash fertiliser. On 2 March 2022, the European Union sanctioned Belarus for its position, with sanctions including a ban on all imports to Europe of potash from the Russian ally. 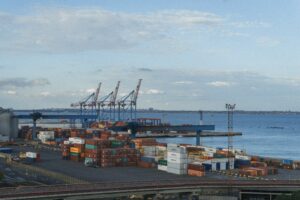 In addition to the sanctions, Russia also suspended its exports of fertiliser in early March 2022, “ostensibly to protect its farmers”, said Devereux.

Dozens of countries depend heavily on imports of nitrogen and potassium fertiliser from Russia and Belarus and again, many of these are low-income, food-deficit countries, this time in West and Central Africa.

But reduced fertiliser supplies and higher fertiliser prices will also impact negatively on middle-income and high-income countries that import large quantities of fertiliser, ranging from Brazil, India, the United States (US) and much of Western Europe; fertiliser prices in the US have already jumped by 10%.

“Food production could therefore be comprised in many countries across the world,” said Devereux.

Concluding his presentation, Devereux said understanding “how bad it will get” depends on numerous factors, all of which are not known at this time.

These factors include the extent, nature and duration of the war and whether, for example, sanctions will be applied against Ukrainian exports if Russia takes over. Another factor is how much food and energy prices will rise and at what new baseline levels they’ll stabilise once the conflict is over.

A third factor is the resilience of global and national food systems.

“A resilient food system has the capacity to sustainably provide sufficient, appropriate, safe and accessible food for all people over time, even in the face of shocks and stresses,” said Devereux.

Finally, what actions will governments and international agencies take to mitigate the effects, asked Devereux?

“As I said, we don’t yet know the answers to these and related questions,” he said.

“But one thing is certain: sadly, it will get worse for Ukraine and the world before it gets better.”