Local government should provide greater access to the right to food

Food insecurity is a pressing need in South Africa and should be addressed by all levels of government, particularly local government, says phD graduate. 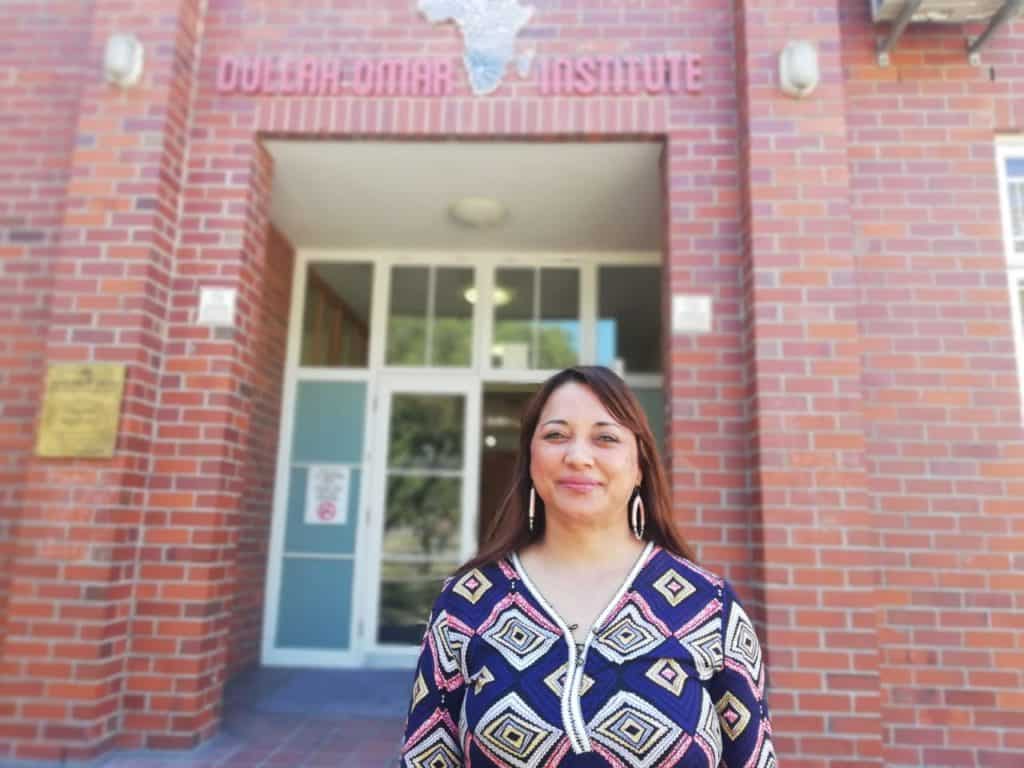 Dr Shehaam Johnstone was among the UWC students who graduated during a virtual ceremony held on 31 March 2020.

While municipalities are not responsible for feeding their citizens, they nevertheless play a pivotal role in creating an enabling environment for people to access their right to food.

In a country like South that is considered food secure, it’s disturbing that, almost 20 per cent of households had inadequate or severely inadequate access to food in 2017, according to a 2019 according report by Stats SA. Yet it’s this reality that points to the unfair food system that exists in South Africa, a fact which local researcher and human rights activist Shehaam Johnstone believes local government should address.

There is enough food around, but there’s no equity in the food system. The food system is distorted and it’s dominated by big powers.

In her 2019 doctorate thesis in law done at UWC’s Dullah Omar Institute with funding from the Centre of Excellence in Food Security, Johnstone contends that local government in particular needs to use the levers it has to facilitate greater access to quality food. Dr Johnstone was among the UWC students who graduated during a virtual ceremony held on 31 March 2020.

“Unfortunately, food security is racialised in the SA context,” she says, adding that black-headed households are more likely to go hungry than households headed by those who are Coloured, Indian or white. “Many people, including small-scale farmers and informal traders, are marginalised within the food system, which is dominated by big players like Shoprite/Checkers, PicknPay and Woolworths, and giant food producers who often use price collusion to help them.”

Johnstone says she wasn’t put off by the scale of her research. “I was told that the last person who was offered this research topic walked away because he said it was such a minefield!” she laughs. But for someone who comes from a disadvantaged background and is used to fighting for women’s rights, she felt it was the right topic. “I remember reading a 2014 report by Oxfam about black women who battled to feed their families and I cried,” she says. “That’s when I knew I had to do this research.”

While the state is not obliged to feed its citizens, South Africans’ right to food is enshrined in the Constitution. “Furthermore, the UN’s Sustainable Development Goals call for localised solutions to address the development challenges across the world, which include distorted food systems,” Johnstone says.

Where local government can get involved is primarily by flexing its planning muscles, she asserts. “Local government is the coalface of service delivery and they have a developmental mandate to help people improve the quality of their lives,” she says.

Although local government can’t govern the food system, which Johnstone describes as a “beast”, they do have entry points into it. For example, many feeding schemes in crèches are governed by municipalities. “They could ensure that the food they supply to crèches are bought from small-scale producers instead of large manufacturers,” suggests Johnstone.

Likewise, local government is able to issue licences for informal traders to operate at taxi ranks and train stations. Municipalities also have planning powers to zone different areas as residential or commercial. If they opt for mixed-use zoning, informal traders would be able to do business in residential areas more freely, Johnstone argues.

For many municipalities, navigating the maze of competing rights, such as housing, development and protecting productive agricultural land, can be overwhelming. “These issues are often a complex web, but I have worked out a methodology to guide local government how to deal with competing rights,” states Johnstone.

She mentions the case of the Philippi Horticultural Area, where the City of Cape Town wanted to develop arable farmland into an extensive housing estate and malls, a struggle they lost in the Cape Town High Court in February. “In this instance, it was the scarcity of water which finally won the case,” she says.

Although the state doesn’t have a direct responsibility for feeding its citizens, it has a duty to ensure that an enabling environment is in place where individuals can access resources, such as land, finances and basic services to buy or produce food, Johnstone argues. “Local government cannot deny their responsibility to realising the right to food. Throughout my research, I’ve confirmed the levers available to local government to improve access to food.”

Going forward, Johnstone says she would like to see local government paying tribute to their developmental role as outlined in the Spatial Planning and Land Use Management Act of 2013. One of her recommendations is that municipalities should undertake community food security assessments to identify areas that have high levels of food insecurity, so that these areas can then be prioritised for targeted intervention. Another is that municipalities should use their forward-planning instruments to recognise the benefits that informal traders contribute to the local food system.

In examining Johnstone’s thesis, Professor Alison Brown from Cardiff University described Johnstone’s research as demonstrating “a very considerable body of original and excellent work”, adding that no one else had ever before linked local government’s constitutional powers and functions with the right to food in South Africa or the many countries where she worked. “The thesis makes a compelling case for the critical role of municipal government in implementing integrated food security policies,” she says.