Black farmers left out in the cold during COVID-19 lockdowns

In a presentation to the National Agricultural Marketing Council, Dr Marc Wegerif, of the University of Pretoria and a project leader with the Centre of Excellence in Food Security (CoE-FS), was at pains to point out the setbacks suffered by small-scale black farmers amid the COVID-19 lockdowns, a period during which big agricultural producers enjoyed a bumper financial year. Dr Wegerif also argued for greater state support for black farmers, who play a critical role in both food security and job creation. 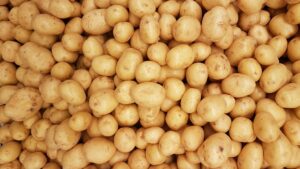 If the big commercial farms had the means to buffer and insure themselves against the COVID–19 crisis, aided by having more resources and the ear of government, then small–scale black farmers were often left defenceless during the COVID–19 lockdown.

Despite the challenges posed by the pandemic, the agricultural sector recorded overall growth over 2020 and 2021, enjoying bumper crops and exports. Wine and citrus exports jumped to record highs, with a near doubling (98.5% increase) in maize exports.

But black small– and medium–scale farmers didn’t get to share in that windfall, cut off as they were from their lifeline markets by lockdown restrictions, jeopardising both their production and livelihoods.

“… we have to look, in this highly divided society, at who benefits from that.”

This lopsided outcome is a result of both historical factors and the current policy approach by government, argued Dr Marc Wegerif in his presentation at a webinar of the National Agricultural Marketing Council (NAMC) on Thursday, 2 December. Dr Wegerif is a senior lecturer in Development Studies at the University of Pretoria and the lead of the DSI–NRF Centre of Excellence in Food Security’s (CoE–FS) “Mapping the Urban Foodscape for a Balanced Basket of Nutritious Foods”.

“Many people looking at the agricultural sector were saying it did very well over the last year despite COVID–19, and it was one of the areas that upheld the economy to some extent,” said Wegerif in introducing the topic. “But, of course, we have to look, in this highly divided society, at who benefits from that.”

Wegerif’s presentation was based on findings from a three–country study conducted over 2020 and 2021 in South Africa, Ghana and Tanzania. The research was led by the Institute for Poverty, Land and Agrarian Studies (PLAAS) at the University of the Western Cape and supported by Canada’s International Development Research Centre (IDRC). A paper by Wegerif, based on part of the South African arm of the study, can be found here.

For this paper, researchers had interviewed a random and varied sample of 40 black small– to medium–scale fresh–produce farmers.

“As a rule, black farmers are at a disadvantage right out of the blocks…”

COVID–19 had touched down in South Africa, Wegerif pointed out, against a backdrop of massive inequality and unemployment, as well as widespread food insecurity with half the population unable to afford a balanced diet. At the same time, ownership at all stages of the food system was concentrated in the hands of large corporates while attempts at land reform had borne only fitful fruits. As a rule, black farmers are at a disadvantage right out of the blocks, starting their enterprises with less land, capital, and market access.

Over COVID–19 lockdowns, those inherent weaknesses were cruelly exposed. Black farmers lost their key market: street and bakkie traders, who the farmers sell most of their produce to, were forced to close down their businesses during the first lockdown.

Likewise, those farmers who had been selling to the temporarily shuttered National School Nutrition Programme were further impacted. Limits on movements of employees and cumbersome permit requirements added to their woes. Jobs and incomes were lost, compounded by the slowing down of the economy. Food prices increased, but not to the benefit of these farmers who could manage only modest increases on their goods as a drop in demand put downward pressures on prices.

Among the sample group, two women farmers lost the use of the school land they were using. With their debt increasing over the lockdowns, other black farmers were also at risk of losing their land.

There were also production troubles for black farmers as prices for inputs like fertiliser, urea and mono-ammonium phosphate increased sharply, or supplies were cut off. Of the group of farmers in the study, half had to reduce or stop production. Adapting and innovating, some diversified their crops.

“But of course, you’re working on a particular piece of land and a particular context with a particular skill set, so just starting a new crop from scratch is not easy,” explained Wegerif.

Women farmers appeared to bear the brunt of the lockdowns. For one, they had fewer resources to start off with, said Wegerif.

“But also, as children and others stayed home, women had even more responsibility in the household, which disrupted their production.”

If solutions are going to be forthcoming for this community, government support will have to be more holistic in its approach, argued Wegerif. More autonomy will have to be built into the system with sustainable farming models, possibly the use of agroecology, he suggested. Importantly, more public markets – like municipal markets – must be created for these farmers, who also need greater rights to land.

The critical role that small– and medium–scale black farmers play in the food system has to be acknowledged and aided, argued Wegerif.

“We have to value their role in food security through the role they play in supplying the informal retailers, and so forth,” he said. “They produce and sell to the market, and are all, in their own way, successful farmers, and we need to support and build on what they are doing.”